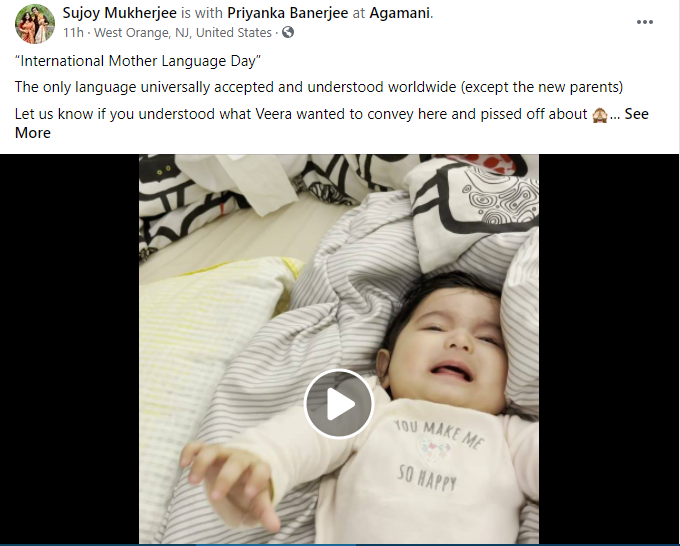 ‘International Mother Language day? Is that a thing?’

This is our favorite, ‘How on earth did anyone come up with that?’

International Mother Language Day is observed globally on the 21st of February annually to promote awareness of linguistic and cultural diversity and to promote multilingualism.

The day was first announced by UNESCO in November 1999 and since it was first observed in 2000, it’s popularity has slowly but surely increased.

This year, social media was awash with posts from organisations and individuals celebrating International Mother Language Day. We rounded up some of the best posts on the internet for you but first, here’s the answer to the question, how on earth did anyone come up with such a day?

The day has its roots in the tragic events in Bangladesh on the 21st of February 1952, in which four students were shot dead by the police in the language movement protest riot.

A series of events starting from between 1858 – 1947 led to the build up which eventually exploded in 1952. Within that time frame, Bangladesh was under British colonial rule which was fraught with cruelty. This caused strong anti-colonial sentiments that resulted in the Mountbatten Plan of 1947 in which the British decided to split colonial India into two independent states. The situation got pretty interesting and murky from tis point.

According to Tarun Rahman, “The Partition of 1947 resulted in the creation of the Union of India and the Dominion of Pakistan — a splitting of Hindus and Muslims.”  The Dominion incorporated newly established West (present-day Pakistan) and East (present-day Bangladesh) Pakistan. East and West were lumped together as a single country, ignoring the 1600km and the differences in culture, ethnicity, customs — and language — between them.”

Bangladesh’s fight for her mother tongue

The friction between the West and East grew out of proportion when in 1948, the West-led government declared it’s language, Urdu was the sole national language.

At the time of the partition in 1947, “the population of West Pakistan was 25 million, while East Bengal (aka East Pakistan) was 44 million. West Pakistanis predominantly spoke Urdu, while East Bengal spoke mainly Bangla — entirely different languages with completely different scripts.” This sparked wide-spread unrest as the Bengali-speaking population protested for the right to use their mother language. The government banned the protests but in spite of that, on the 21st of February, 1952, students at the University of Dhaka and other activists organized a protest. The police used tear gas to disperse the protestors and opened fire, killing four students. This escalated the unrest, the language movement grew even bigger and led to Bengali becoming an official language in Pakistan on the 29th of February 1956.

These events eventually culminated in Bangladesh gaining its independence in 1971 with Bengali as its official language.

The four students who lost their lives in the struggle are remembered to this day in Bangladesh where February 21st is observed as a national holiday.

A monument erected in their honour, called the Shaheed Minar (Martyr’s Monument) stands in Dhaka, Bangladesh. The monument “consists of four standing marble frames and a larger double marble frame with a slanted top portion… The four frames represent the four men who died…and the double frame represents their mothers and country.”

We scoured the internet to share with you some of the best posts from organizations and individuals observing and celebrating the day, from the insightful to the delightful and everything in-between.

This, we found absolutely insightful! We bet you would too! Click the image to check out the full post.

This video truly showcases a celebration of diverse mother tongue, we enjoyed all 0:41 seconds of it!

This is beautiful. What more can we say? Mother tongues are B-E-A-U-T-I -F-U-L. Click on the image to see for yourself what we mean.

This is an absolute delight! You almost don’t see it coming and then it just plain blows you away! Click on the image to go to the original post and be sure to plug in on your ear phones!

We saved the best for last because nothing beats this ‘universal mother tongue’. This is beautiful, delightful and absolutely lovely! Click the thumbnail and you’ll be taken to the original post.